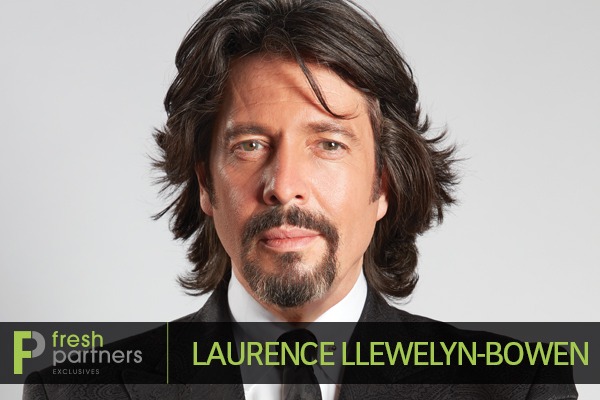 Laurence’s personal charisma and ability to inspire people to express themselves have established him as an International Design SuperStar. In a recent poll he was known by a massive 94% of the UK population. In the UK he can be seen on shows such as BBC1’s ‘DIY SOS: The Big Build’ on BBC1. In the US he is the host of the new international spin off of ‘My Lottery Dream Home’ for HGTV, in Australia he is one of the judges on Channel 7’s hit series ‘House Rules’ and in Asia he is head judge on the hugely successful ‘The Apartment: Style Edition’.

Laurence is not just a presenter. He has been at the helm of an extremely successful design practice since 1992, responsible for a dazzling list of spectacular design schemes for both high-end domestic projects and some of the world’s most iconic brands. In his own right he is also one of the most successful UK designer brands in the home sector, with hugely successful partnerships that see his LLB branded products in retailers such as TK Maxx and Littlewoods. And with new ranges of wallpaper, bedlinen, beds and headboards and stationery all landing in 2020, he is busier than ever.

He is also a regular presenter on Radio 4, recent programmes include ‘Less Is Less: Why Scandi Design Leaves Me Cold’ where he laments the blonde and bland Scandinavian designs that has dislodged pattern, antiquity and a tradition of elaborate decoration from British homes, a two part series ‘The Intimate Art of Tattoo’ which considered the exponential rise in tattooing across the UK and ‘Laurence Llewelyn-Bowen’s Primary Colours’ a historical look at colour.

Laurence also finds time to be the creative curator for the Blackpool Illuminations.

Laurence lives in considerable style in a beautiful manor house built in the 1580s in the midst of the ravishing Cotswold countryside, together with his wife of 25 years Jackie, Llewelyn-Bowen Ltd.’s CEO their two exquisite daughters, their husbands/husbands to be and his grandson.